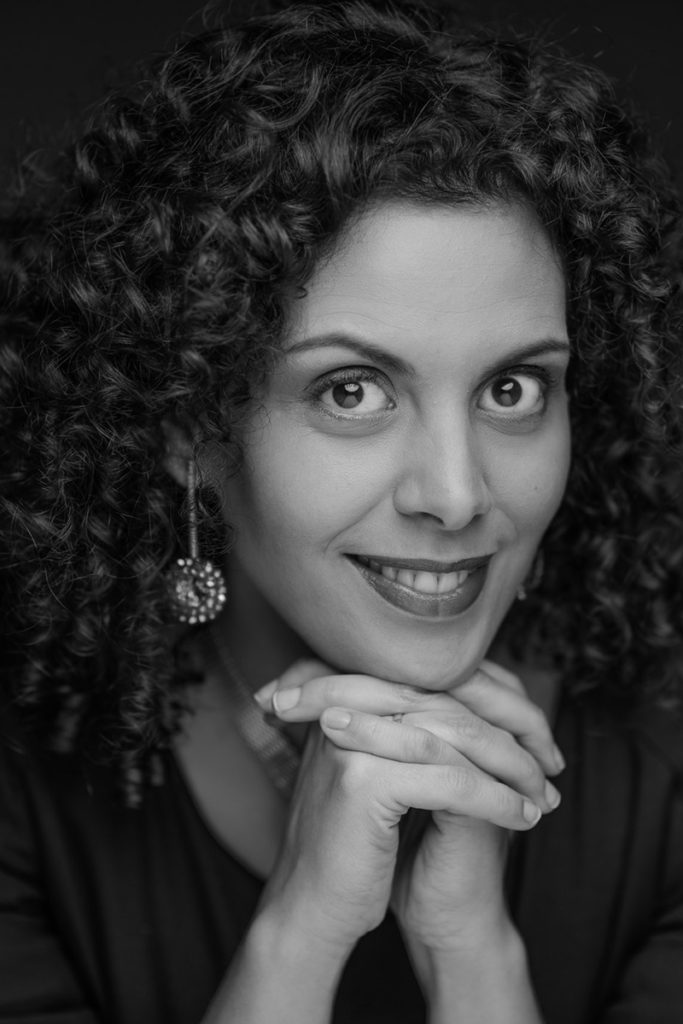 Sarah Ferede has been a member of the Deutsche Oper am Rhein Düsseldorf/Duisburg ensemble since the 2012/13 season. There she could be seen in some important role debuts: Adalgisa in Bellini's "Norma", Santuzza in "Cavalleria rusticana", Sieglinde in "Die Walküre" and Ciesca in "Gianni Schicchi". In 2020 she will make her role debut as Brangäne in a new production of Wagner's "Tristan und Isolde" at the Deutsche Oper am Rhein.

The young German/Ethiopian mezzo-soprano Sarah Ferede grew up in Hamburg, which is also where she took her first musical steps as a member of the Hamburg State Opera's children's choir 'Die Alsterspatzen'. Subsequently, she took private singing lessons with Professor Charlotte Lehmann in Hanover.

Sarah Ferede has been a prize winner in various singing competitions such as the Wiesbadener Mozart Preis 2007, the Berlin Bundeswettbewerb Gesang 2010 (special prize) as well as the prestigious Competizione dell´Opera 2010 (special prize) at the Semperoper Dresden (Saxonian State Opera),

Today Sarah Ferede is - besides her opera engagements - also a sought-after concert soloist. Whilst still an up and coming young soloist, she sang Clothilde in a concert performance of Bellini's "Norma" alongside Edita Gruberova under the baton of Andriy Yurkevych at the Berliner Philharmonie, followed by G. Mahler's Symphony No. 2 under Kent Nagano at the Audi Summer Concerts, Mendelssohn's "Midsummer Night's Dream" alongside noted actor Klaus Maria Brandauer as well as Bruckner's "Te Deum" at the Herrenchiemsee Festspiele under Enoch zu Guttenberg. In recent years, her concert engagements have included Braunfels' "Das Spiel von der Auferstehung des Herrn" and Jonathan Dove's church opera "Tobia and the Angel" with the Münchener Rundfunkorchester (Munich Radio Orchestra) under Ulf Schirmer as well as Verdi's Requiem at the Berliner Philharmonie under Enoch zu Guttenberg, with whom she also performed a Bruckner program at the Rheingau Musik Festival in 2017. In 2018, she appeared in Bach's Christmas Oratorio at the Philharmonie am Gasteig in Munich under Andrew Parrott, and was heard in concert performances of R. Strauss' opera "Elektra" in Beijing and Shanghai under the baton of Charles Dutoit. In 2019, she returned to the Philharmonie am Gasteig for Bach's Christmas Oratorio under Hansjörg Albrecht.

Sarah Ferede has been a member of the ensemble of the Deutsche Oper am Rhein Düsseldorf/ Duisburg since the 2012-13 season. There she was - besides roles like Hansel and Gertrud (Hansel and Gretel), Mary (The Flying Dutchman), Second Lady (The Magic Flute), 2nd Norn (Götterdämmerung), Emilia (Otello) and Lovis in the world premiere "Ronja Räubertochter" - to experience in some important role debuts: in 2013-14 as Adalgisa in Bellini's "Norma", in 2014-15 followed her highly acclaimed role debut as Charlotte in "Werther" in the Duisburg premiere, in 2016-17 she sang Eboli in "Don Carlo". In 2017-18 she was heard in several major role debuts at the Deutsche Oper am Rhein: Elisabetta in "Maria Stuarda" (premiere), Santuzza in "Cavalleria rusticana", Sieglinde in "The Valkyrie" (Duisburg premiere) and Ciesca in "Gianni Schicchi". In 2018-19 she was repeatedly cast as Eboli and Sieglinde and as Hippolita in the world premiere of the opera "Schade, dass sie eine Hure war". Roles in the 2019-20 season include Enrichetta di Francia (I puritani) and Piacere in Handel's "Der Triumph der Zeit und der Desillusion" (postponed). Sarah Ferede also took part in the recording of Richard Wagner's "The Ring of the Nibelung" under the baton of Axel Kober as Sieglinde and Waltraute (Götterdämmerung), which was produced by the Deutsche Oper am Rhein and released on all popular streaming platforms. In December 2020 she will make her role debut as Brangäne in a new production of Wagner's "Tristan und Isolde" at the Deutsche Oper am Rhein.

Furthermore, Sarah Ferede made guest appearances in 2017-18 -with a revival in 2018-19- at the Komische Oper Berlin as Boulotte in the premiere of the Offenbach operetta "Ritter Blaubart", also a role debut (director: Stefan Herheim, conductor: Stefan Soltész). In 2019 she appeared at the Bonn Opera as Santuzza.

In the 2006-07 season, she made her first operatic experiences in the ensemble ot the Landestheater Coburg. In 2007-08, she was awarded the Franz-Josef-Weisweiler-Scholarship of the Deutsche Oper in Berlin, where she subsequently appeared in roles such as 2nd Lady (The Magic Flute), Antonia (Tiefland), Giovanna (Rigoletto), 2nd Maid and the Confidante (Elektra). From 2008-09 to 2011-12, Sarah Ferede was a member of the ensemble of the Staatstheater Braunschweig, where she for instance performed Suzuki (Madama Butterfly), Alcina in "Orlando Paladino" by Joseph Haydn, the leading role of the Tochter in the world première of the opera "Baruchs Schweigen" by Ella Milch-Sheriff, Orlowsky (Die Fledermaus/The Bat), Olga and Larina (Eugene Onegin), the title role of Carmen and Hermia (A Midsummer Night's Dream). In the 2011-12 season, new parts there included Rosina (Il barbiere di Siviglia) and Cherubino (Le nozze di Figaro). In 2012-13, she appeared at the Nationaltheater Mannheim as Olga (Eugene Onegin). At Herrenchiemsee Festspiele 2013 Sarah Ferede made her role debut as the Composer in R. Strauss' opera "Ariadne auf Naxos" to great acclaim.