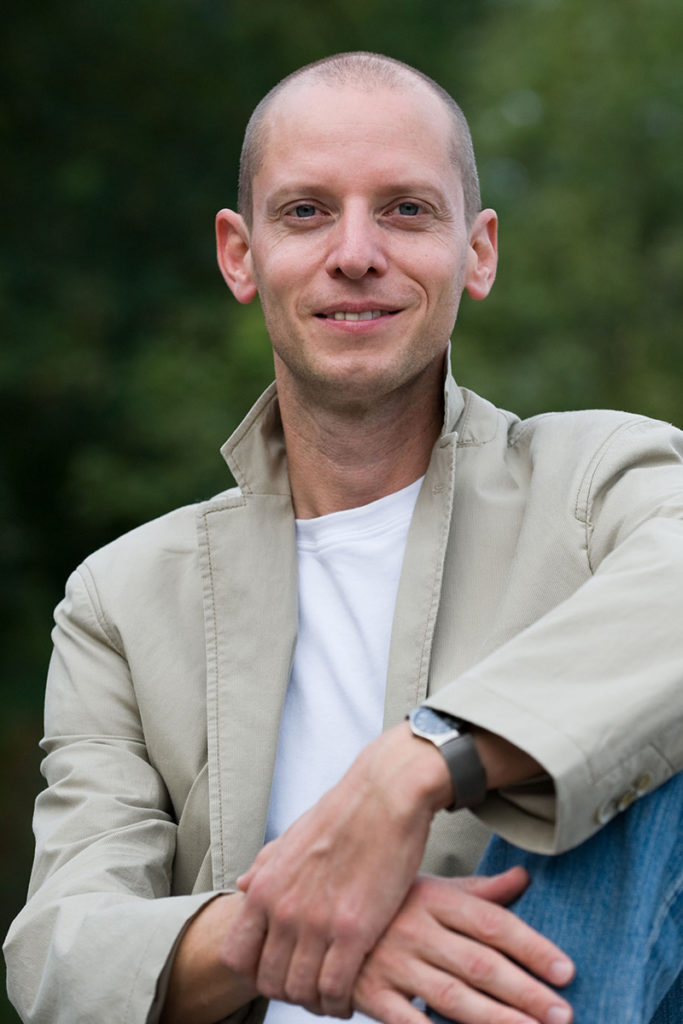 The countertenor Bernhard Landauer was born in Innsbruck and lives now in Salzburg.

After his first concert and stage experience as a soprano soloist in the Wilten Boys' Choir in Innsbruck, he studied voice with Helene Karusso and Kurt Equiluz at the Vienna University of Music. In addition, he received further lessons from Karl-Heinz Jarius in Frankfurt.

His wide variety of repertoire ranges from Medieval to Contemporary Music and is also including for countertenor unusual repertoire such as works by Franz Schubert, Richard Strauss or Iannis Xenakis.

Projects in 2014 included a new production of George Benjamin's opera “Written on Skin” at the Landestheater Detmold, Shara Worden’s pop-opera “You Us We All” at the Holland Festival and the world premiere of a sitcom-opera series by Austrian composer Bernhard Gander for the Bregenz Festival and the festival wien modern.

Engagements from 2015 to 2016-17 included: the role of Emil in the world premiere of Hèctor Parra’s opera “Wilde” at the Schwetzingen SWR Festival (direction: Calixto Bieito, conductor: Peter Rundel, libretto: Händl Klaus), the roles of Angel 1/The Boy in George Benjamin’s “Written on Skin” at the Royal Swedish Opera Stockholm, and under the baton of the composer in a concert with the Toronto Symphony Orchestra at the Roy Thomson Hall, Toronto (Canadian premiere). In addition, he took part in an USA tour with Shara Worden’s pop-opera “You Us We All”, performed the role of James in H. Birtwistle’s “The Last Supper” with the BBC Sottish Symphony Orchestra under Martyn Brabbins in Glasgow, sang the role of Autunno in A. Scarlatti’s “La Gloria di Primavera” at the Styriarte Graz, and the part of the countertenor in the world premiere of J. Unterpertinger’s “Iyse’” at the Brucknerhaus Linz.

In 2017/18 Bernhard Landauer could be heard as the countertenor in the world premiere of S. Winkler’s “Schweres tragend” under the direction of Juan Garcia Rodriguez in Salzburg. Also in Salzburg he sang the title role in the community opera „WAS BLEIBT oder die Geschichte eines Rattenfängers“ (Austrian premiere) by Matthew King. He appeared as Belize in Peter Eötvös' "Angels in America" ​​at the Freiburg Theater, and as Lord Stourton in the world premiere of the opera "Geisterritter" by James Reynolds at the Bonn Opera. In 2018-19 he embodied Lord Stourton (Geisterritter) also at the Deutsche Oper am Rhein in Düsseldorf. Concerts with the Clemencic Consort under René Clemencic took him to the Vienna Musikverein with works from the “Llibre Vermeil de Montserrat” (songs and dances of the pilgrims of Montserrat, 14th century). In addition, Bernhard Landauer could be heard in the world premiere “Das Totenschiff” by Oskar Aichinger at the Reaktor, Vienna. At the Salzburg Pocket Opera Festival 2019 he appeared in two world premieres: “Ich will lächeln, lächeln, lächeln” by Gordon Kampe and “Titania Traum” by Gerald Resch (director: Thierry Bruehl, conductor: Peter Rundel). The world premiere of the opera “Toteis” by Manuela Kerer at the Bozen Theater was planned for March 2020 (postponed to 2021), which will now take place in September 2020 with the Neue Oper Wien at the Akzent Theater. Bernhard Landauer will sing the role of Hansl (conductor: Walter Kobéra, director: Mirella Weingarten). In 2021 the countertenor will return to the Schwetzingen SWR Festival for a world premiere.