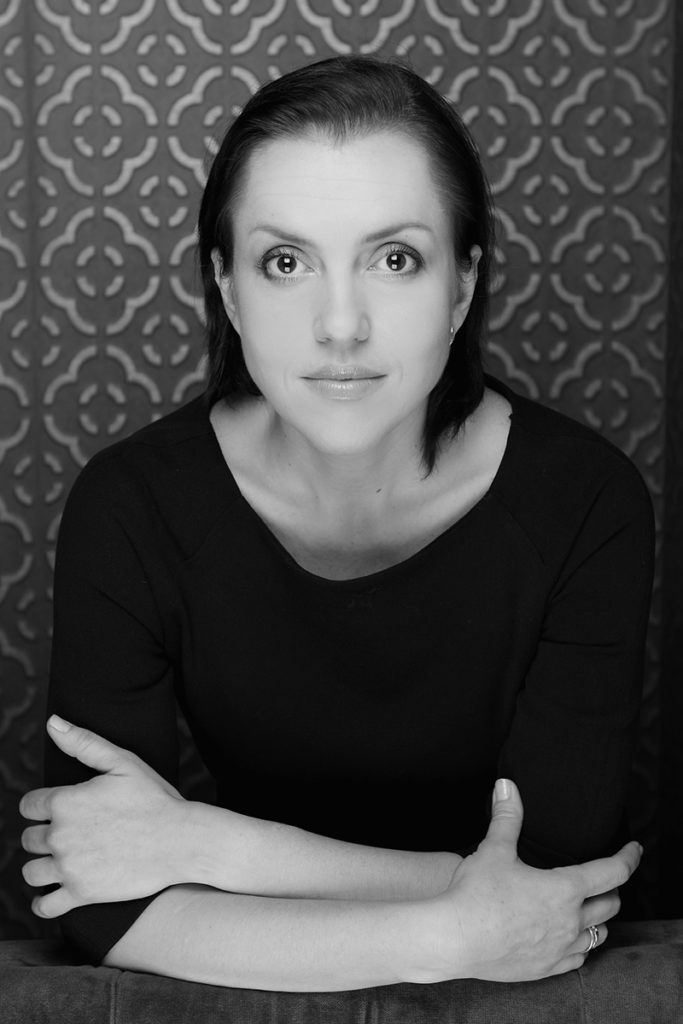 Since 2015-16 she has been a member of the ensemble at the Nationaltheater Mannheim. Here she made important role debuts, including Ulrica (Un ballo in maschera), Amneris (Aida) and Klytämnestra (Elektra), Adalgisa (Norma), Eboli in "Don Carlos" and Azucena in "Il trovatore". In 2019-20 she made her role debut in the lead role of The Nurse in R. Strauss' opera "The Woman without a Shadow".

The Ukrainian mezzo-soprano Julia Faylenbogen has recently established herself very successfully in the dramatic opera field.

Since 2015-16 she has been a member of the ensemble at the Nationaltheater Mannheim. Here she made important role debuts, including Ulrica (Un ballo in maschera), Amneris (Aida) and Klytämnestra (Elektra). In 2017-18 she was also able to distinguish herself with her role debut as Adalgisa (Norma) and could again be seen as Amneris and Ulrica.

In 2018-19, two more important role debuts followed in Mannheim, which once again underline the singer's special vocal range: Eboli in "Don Carlos" and Azucena in "Il trovatore". In 2019-20 she made her role debut in the lead role of The Nurse in R. Strauss' opera "The Woman without a Shadow". Her role debuts as Brangäne in Wagner's "Tristan und Isolde" and as Erda in "Siegfried" had to be cancelled due to pandemic. Plans in Mannheim for 2020/21 include for instance Fricka (The Valkyrie).

In addition, Julia Faylenbogen appears in Mannheim in roles such as Erda (Das Rheingold), 3. Lady (The Magic Flute) and Gertrud (Hansel and Gretel). But she also sang Babulenka in Prokofiev's "The Gambler" and Jelisaweta Prokofjewna Jepantschina in "The Idiot" by M. Weinberg to great acclaim.

Guest engagements have led Julia Faylenbogen to noted venues: she appeared in Verdi's Requiem at the European Sacred Music Festival, and sang Krobyle in "Des Esels Schatten" at the Concertgebouw in Amsterdam. She performed the 3rd Wood Sprite in "Rusalka" at the Norwegian State Opera, Oslo, appeared to great acclaim in the premiere of Rihm's "Dionysos" at the Salzburg Festival, followed by performances of this production as well at the Nationale Opera in Amsterdam as at the Berlin State Opera 'Unter den Linden'. In addition, she made her role debut as Erda in "Das Rheingold" at the Oper Halle, where she also performed Fricka in "The Valkyrie". She returned to the Nationale Opera in Amsterdam for the 3rd Lady (The Magic Flute) and Schwertleite (The Valkyrie). Moreover, she sang the role of Mercédès in Carmen at the Bavarian State Opera, Munich and repeated Erda (Das Rheingold) at the Oper Halle.

In 2018, Julia Faylenbogen made a guest appearance as Amneris (Aida) at the Deutschen Oper am RheinIn 2018 she sang the role of Babulenka in Prokofiev's "The Gambler" at Theater Basel. In 2019 she performed the role of Siegrune (The Valkyrie) in Abu Dhabi with the Festspielorchester of the Bayreuth Festival under the direction of Katharina Wagner, and appeared in the same role at the Teatro Petruzzelli in Bari. In 2020 she sang the role of Azucena in Linz, Austria.

As a concert singer, Julia Faylenbogen can primarily be heard in romantic repertoire at renowned venues with prestigious orchestras, e.g., in Stravinsky's "The Nightingale" with the Berlin Philharmonic Orchestra conducted by Pierre Boulez. From 2016 to 2018 she sang various concerts with Enoch zu Guttenberg, including venues and festivals such as Vienna Musikverein, Philharmonie am Gasteig in Munich, Rheingau Music Festival, Herrenchiemsee Festspiele, Berliner Philharmonie and Tonhalle Düsseldorf.

Julia Faylenbogen studied voice at the A. V. Nezhdanova Academy of Music in Odessa, Ukraine and at the Hanns Eisler University of Music in Berlin. On having finished her studies, the singer became a member of the international opera studio of the Deutsche Oper am Rhein in Düsseldorf.

From 2006 to 2012, Julia Faylenbogen was a member of the ensemble at the Hanover State Opera, where she convincingly sang Hansel in "Hansel and Gretel", Niklausse in "The Tales of Hoffmann" and The Child in "L'enfant et les sortilèges". The young singer also distinguished herself as Octavian in "Der Rosenkavalier" and The Composer in "Ariadne auf Naxos" and gave her much acclaimed debut as Carmen.