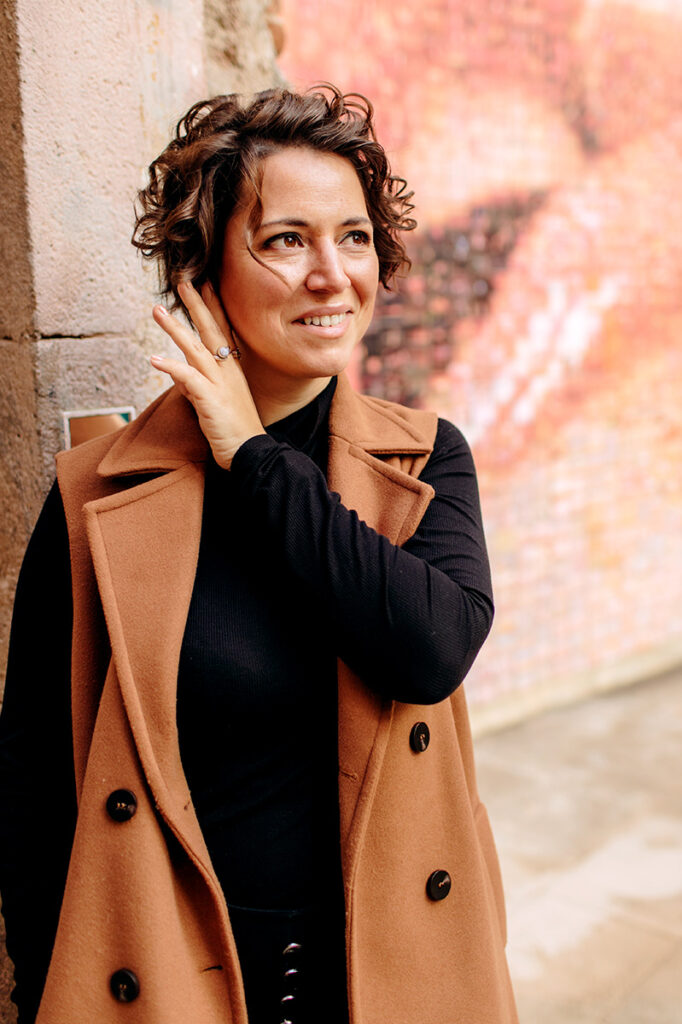 The mezzo-soprano Laila Salome Fischer made her debut in 2021 under the baton of Jordi Savall at the Beethovenfest Bonn and the Festival Berlioz in France in Beethoven's 9th Symphony. Further concerts followed at the Philharmonie de Paris and the Teatro del Liceu Barcelona. From December onwards, she can also be heard under Jordi Savall's baton in Mozart's Requiem with concerts at the Alte Oper Frankfurt, in Lyon, Paris and Barcelona, among others.

In April 2022 she will perform at the Bavarian Radio's Long Night of Early Music together with L'arte del mondo and the Pera Ensemble, and in June 2022 she can be heard again at the Halle Handel Festival in "Timur & Bayezid", an operatic pastiche by Mehmet Yesilcay with the Pera Ensemble, which already premiered in an abridged version at the digital Handel Day in 2020.

Since the 2019/2020 season she has been an ensemble member of the Staatsoperette Dresden, where she appears in roles such as Hansel, Frau Reich, Orlofsky, Ganymede, Ciesca (Gianni Schicchi), 2nd Lady and Fragoletto. From the 2022/23 season she will move to the ensemble of Theater Lübeck, where her roles will include Cherubino, Orlofsky and Nancy (Albert Herring).

Laila Salome Fischer received her first singing lessons at the age of eight and gained her first stage experience in the children's studio of the Komische Oper Berlin, where she was also heard as a soloist in performances conducted by Yakov Kreizberg and Vladimir Jurowski.

She was a young student at the Julius Stern Institute of the Berlin University of the Arts in Jutta Schlegel's vocal class and, directly after graduating from grammar school, began her singing studies at the Berlin University of the Arts with Julie Kaufmann, from which she graduated with a diploma in the title role of Cavalli's opera "La Calisto".

While still at school, she was awarded the First Federal Prize "Jugend Musiziert" and the First Prize in the "Deutsche Bahn Competition" and won the scholarship of the "Yamaha Music Foundation of Europe" (YMFE). She was a scholarship holder of the Bischöfliche Studienstiftung Cusanus-Werk.

Even before finishing school, Laila Salome Fischer performed with members of the Berlin Philharmonic and the Brandenburg State Orchestra Frankfurt and appeared in concerts in Germany, Spain, Belgium and Switzerland. She sang Clothilde in Henze's opera "Pollicino" in the Echo Klassik award-winning CD production of the Rundfunk-Sinfonieorchester Berlin. The recording of a benefit concert "Berlin for Haiti", in which Laila Salome Fischer participated, was released by Sony.

In 2010 and 2012, the mezzo-sopran sang Erissena in the opera production "Montezuma" (Graun) at the Potsdam Music Festival. She has worked with conductors such as Jordi Savall, Jakob Lehmann, Sergio Azzolino, Laurence Cummings, Jacques Lacombe, Jobst Liebrecht, Andreas Schüller and appeared at the Bregenz Festival (Zauberflöte, Knabe), the Deutsche Oper Berlin, the Staatstheater Cottbus, the Summer Opera Tel Aviv, the Komische Oper Berlin as well as at the Händelfestspiele Göttingen and Halle and many more.

Laila Salome Fischer is particularly interested in Baroque performance practice and has already worked with renowned artists such as Jordi Savall, Raphael Alpermann, Sergio Azzolini, Mehmet Yesilcay and Armin Thalheim. The young mezzo-soprano was a member of the ensemble Concerto+14, directed by Raphael Alpermann, with which she won a scholarship in the early music category of the German Music Competition and was accepted into the Federal Selection of Concerts by Young Artists of the German Music Council. She is regularly invited by the Bach-Colegio Paraguay to give master classes and concerts.

Since 2018, she has been a member of the baroque ensemble "Il Giratempo", with whom she can be heard at the Heinrich Schütz Festival in Dresden, among others.