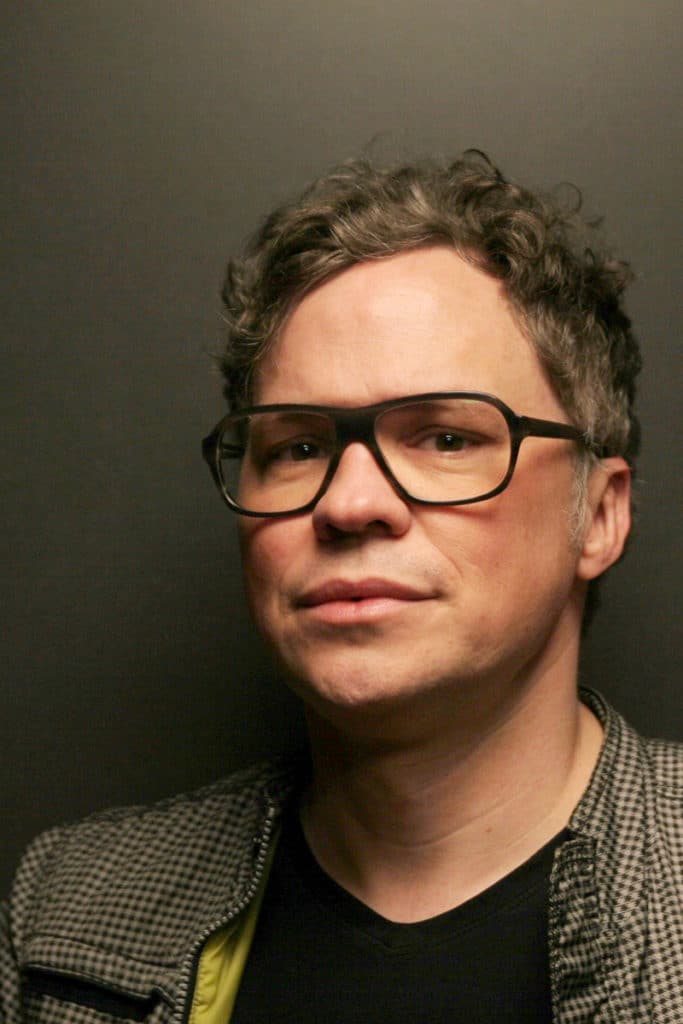 He sang numerous title and leading roles in Handel's operas, including Admeto at the Leipzig Opera, Rinaldo at the Karlsruhe Handel Festival, Arminio and Ruggiero (Alcina) at the Halle Opera, Goffredo (Rinaldo) at the Cologne Opera and Egeus (Theseus) at the Komische Oper Berlin. The role of Axel Freund (Bluthaus) will also take him to the Opéra national de Lyon in 2022/23.

studied voice in Berlin with Bernd Riedel and took part in directing courses with Ruth Berghaus, Peter Konwitschny and Harry Kupfer. He began his singing career as a scholarship holder at the Komische Oper Berlin, where he has since performed in a variety of roles, first as a baritone and later as a countertenor.

In addition to engagements at the Nationaltheater Mannheim, the Deutsche Oper Berlin, Den Norske Opera Oslo and the Teatro Capitol de Toulouse, he has made guest appearances at the Schwetzingen SWR Festival, the Holland Festival Amsterdam, Arts Music Bruxelles and the Melbourne Australian International Festival, among others. His repertoire spans various stylistic eras from early to contemporary music. He sang Hans Scholl in "Die Weiße Rose" at the Téâtre Royale de la Monnaie in Brussels and the title role from "Jakob Lenz" at the Teatro Colón Buenos Aires and the Opéra national de Paris. In the world premiere of "Leila and Madschnun" by Samir Odeh-Tamimi, he performed as Madschnun at the Ruhrtriennale. In the opening production of the 2011 Aix-en-Provence Festival he debuted in the leading role of Aymar in the world premiere of Oscar Bianchi's opera "Thanks to my Eyes" (ARTE TV Live broadcast). Subsequently, Hagen Matzeit also made guest appearances in this production at renowned venues such as the Théâtre Royal de la Monnaie in Brussels, the Fondation Gulbenkian in Lisbon and others. At the Semperoper in Dresden, he sang the title role in the world premiere of "Jakub Flügelbunt" by Miroslav Srnka.

He sang numerous title and leading roles in Handel's operas, including Admeto at the Leipzig Opera, Rinaldo at the Karlsruhe Handel Festival, Arminio and Ruggiero (Alcina) at the Halle Opera, Goffredo (Rinaldo) at the Cologne Opera and Egeus (Theseus) at the Komische Oper Berlin. At the Innsbruck Festival of Early Music he sang Armillo in Francesco Provenzale's "La Stellidaura Vendicante" (CD recording Deutsche Harmonia Mundi) and subsequently Cecina in Porpora's "Germanico in Germania".

Recent engagements include the roles of Herold in Aribert Reimann's "Medea" at the Aalto-Musiktheater Essen, Elviro in "Xerxes" at the Deutsche Oper am Rhein, Licisco in Carlo Broschi's "Merope" at the Innsbruck Festival of Early Music and at the Theater an der Wien, and Herr Akustikus in "Das Rätsel der gestohlenen Stimmen" at the Semperoper Dresden. In 2020 he appeared at the Bregenz Festival as Orfeo in the premiere of Ľubica Čekovská's opera "Impresario Dotcom" (co-production with the Slovak National Theatre Bratislava 2022/23), where he also returned in 2021 for the leading role of Poliphilo in the premiere of Alexander Moosbrugger's opera "Wind". In the 2021/22 season, Hagen Matzeit appeared at the Komische Oper Berlin as Public Opinion in Offenbach's "Orpheus in the Underworld". He sang the leading role for countertenor in the premiere of "The Red Death" by Francesco Filidei under Sylvain Cambreling with the SWR Symphony Orchestra at the Donaueschinger Musiktage, the Kölner Philharmonie and the Elbphilharmonie Hamburg. He made his debut at the Bavarian State Opera as Axel Freund in G. F. Haas’ opera "Bluthaus" as part of the new festival "Ja Mai" and was at the Innsbruck Festival of Early Music as Lentulo in C. H. Graun's "Silla". He will also appear in this production at the Rheinsberg Easter Festival in 2022/23. The role of Axel Freund (Bluthaus) will also take him to the Opéra national de Lyon in 2022/23. He will return to the Komische Oper Berlin to sing the role of Oyayaye, Queen of the Islands in Offenbach's operetta of the same name. He has already performed this role with great success in 2019 at the Kölner Philharmonie (German premiere for the Offenbach Year, WDR broadcast).