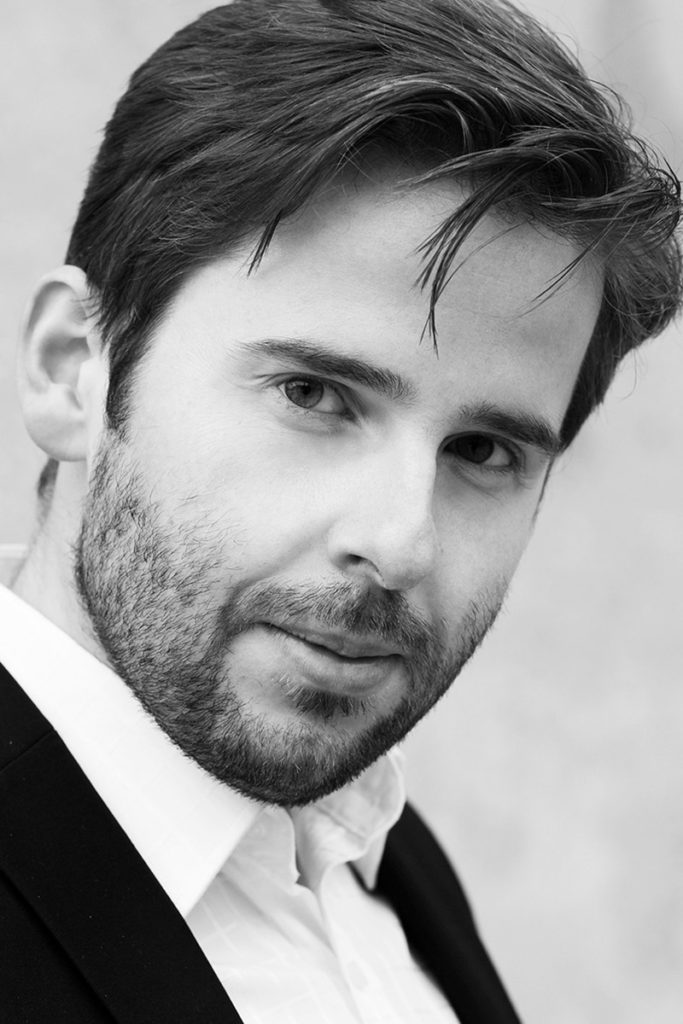 Austrian tenor Daniel Johannsen is one of the most sought-after Evangelists and Bach interpreters of his generation. Since his debut, performances as a concert, lieder and opera singer with works from all eras have taken him to the major music centers of Europe, North America, Japan and the Middle East. In addition to his regular concerts at the Wiener Musikverein and the Berliner Philharmonie, he is a guest at numerous festivals (Styriarte Graz, Rheingau Music Festival, Israel Festival, La Folle Journée, international Bach festivals).

nce his debut in 1998, performances as a concert, lieder and opera singer with works from all eras have taken him to the major music centers of Europe, North America, Japan and the Middle East. In addition to his regular concerts at the Wiener Musikverein and the Berliner Philharmonie, he is a guest at numerous festivals (Styriarte Graz, Rheingau Music Festival, Israel Festival, La Folle Journée, international Bach festivals). He has sung under the baton of renowned conductors including Sir Neville Marriner, Bertrand de Billy, Jordi Savall, Nikolaus Harnoncourt, Thomas Hengelbrock, Dennis Russell Davies, Trevor Pinnock, Michael Hofstetter, Hans-Christoph Rademann, Hansjörg Albrecht and Michel Corboz for instance with orchestras including the Israel Philharmonic, the Academy for Early Music Berlin (Akamus), the Vienna Philharmonic and the Staatskapelle Dresden. He had a particularly close artistic friendship with Enoch zu Guttenberg. Appearances in New York's Carnegie Hall, the Maison Symphonique de Montréal and in the Great Hall of the Moscow Tchaikovsky Conservatory give testimony to this. Daniel Johannsen is also involved in a number of large-scale Bach cantata projects, particularly at the J. S. Bach Foundation St. Gallen (Rudolf Lutz).

In the 2020/21 season Daniel Johannsen is one of the main soloists of the Netherlands Bach Society: in December (all-of-Bach production of the "Christmas Oratorio") under the musical direction of Shunske Sato, in March and April at the great St. Matthew Passion concert series under the baton of René Jacobs. He can be experienced at the Leipzig Bach Festival (as every year since 2011) as well as at the Halle Handel Festival (together with Wolfgang Katschner) and at the Stuttgart Music Festival. The Bach Festival Montréal signed him for a series of concerts under Ton Koopman.

In 2019/20 - in the Beethoven anniversary season - the singer had several important hall premieres: joint with the Swedish Chamber Orchestra under Thomas Dausgaard he made his debut as Jaquino in a semi-staged production of "Fidelio" (alongside Nina Stemme), among others in the concert halls of Stockholm and Brussels (BOZAR) and the Parisian Théâtre des Champs-Élysées. As well under the musical direction of Thomas Dausgaard, Daniel Johannsen would have performed for the first time in the Glasgow City Halls with the BBC Scottish Symphony Orchestra. However, the COVID lockdown prevented this, as well as appearances in the Hamburg Elbphilharmonie and at the (completely cancelled) Bachfest Leipzig. However, Daniel Johannsen could be heard in the Wiener Musikverein, at the "Resonanzen" in the Wiener Konzerthaus and several times with the Styriarte Graz (as Don Ottavio in "Don Giovanni" as well as Schubert interpreter).

The lyrical tenor -who appeared at venues including the Munich State Theater on Gärtnerplatz, the Leipzig Opera, the Vienna Volksoper, the Bonn Theater, the Ludwigsburg Festival and the Styriarte Graz- is to be heard on stage with roles by Mozart, with works from the Baroque, of the 20th century and the modernity, but also to experience in some operetta roles.

Recitals with the full range of the German repertoire (but also with English and French compositions) form a focus in the work of the singer, who performs with pianists including Simon Bucher, Charles Spencer, Burkhard Kehring, Graham Johnson and Helmut Deutsch. Daniel Johannsen recorded solo CDs with Schumann's "Dichterliebe", "Tenore & Traverso" (arias by J. S. Bach) and the recently released CD "Lieder ohnegleichen. Franz Schubert" (with Christoph Hammer on the historical Graf grand piano from 1826). In addition, numerous other recordings, which have been published by Carus, Sony, Deutsche Harmonia Mundi and NAXOS, as well as radio and television recordings document his artistic work.