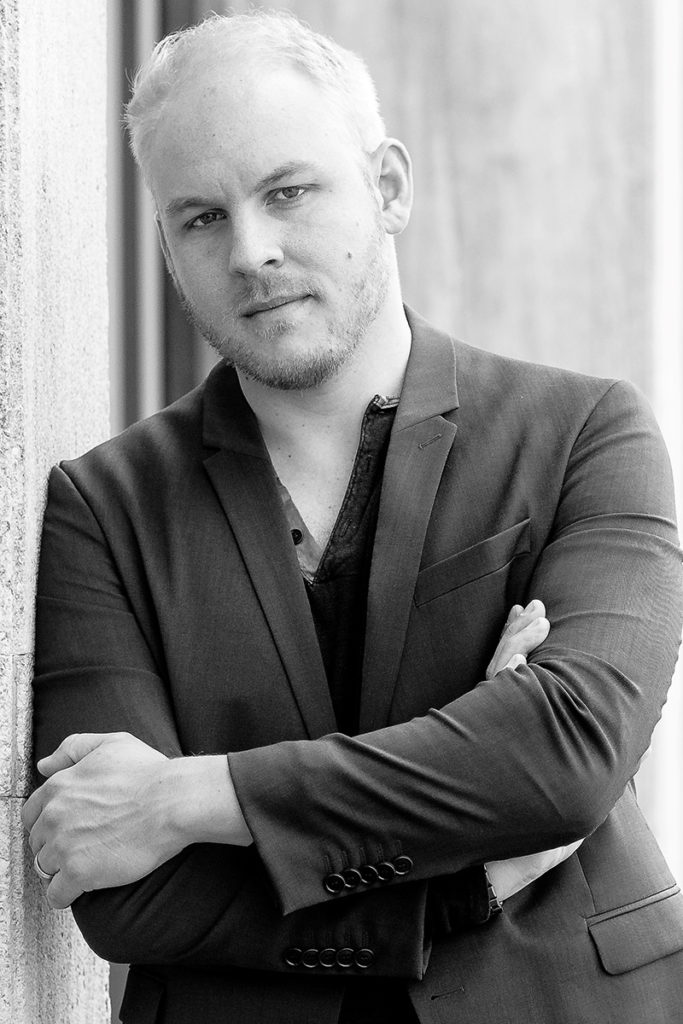 Since the beginning of the 2021/22 season, the tenor has been a resident guest at Oper Graz, where he will make his role debut in three premieres: in the leading roles of Juan Damigo in N. Dostal's rarely performed operetta "Clivia" and Babinsky in Jaromir Weinberger's opera "Švanda dudák". He will be heard as Peter in the Austrian premiere of the opera "Morgen und Abend" by Georg Friedrich Haas.

Matthias Koziorowski is from Essen, where he studied with Prof. KS Wolfgang Millgramm at the Folkwang University of the Arts. Furthermore, he had the opportunity to round off his musical training by attending master classes with Helen Donath, Janet Williams, Olaf Bär, Anja Harteros and Andreas Homoki. He is currently coached by Prof. Susanne Schimmack.

Since the beginning of the 2021/22 season, the tenor has been a resident guest at Oper Graz, where he will make his role debut in three premieres: in the leading roles of Juan Damigo in N. Dostal's rarely performed operetta "Clivia" and Babinsky in Jaromir Weinberger's opera "Švanda dudák". He will be heard as Peter in the Austrian premiere of the opera "Morgen und Abend" by Georg Friedrich Haas.

He will return to Staatsoperette Dresden as Edwin (Die Csárdásfürstin).

2018 - 2020 Matthias Koziorowski was a member of the ensemble at Oper Halle, where he made his debut in numerous roles in his field, including Max (Der Freischütz), Alfredo (La traviata), Lensky (Eugene Onegin), Prinz (Rusalka), Stewa (Jenufa), Vasco da Gama (L'Africaine), Sou-Chong (The Land of Smiles), Candide, Fritz (The Grand Duchess of Gerolstein) and Guido Bardi (Eine florentinische Tragödie) in a production by Tobias Kratzer.

As another debut role, he was able to work his way into Erik (The Flying Dutchman) in Halle, but the planned performances had to be cancelled due to the pandemic.

In the 2019-20 season, Mr Koziorowski made his role debut as Grigory/Dimitri in the new production of "Boris Godunov" at the Mainz State Theatre to great acclaim, and appeared as Vasco da Gama in "L'Africaine" at the Theater Lübeck. In 2019-18 he sang the leading role of handsome Mr. Hermann in Hindemith's "News of the Day" at the Coburg Theater, and was the tenor soloist in Dvořáks "Stabat Mater" at the Heidelberg Theater. In addition, he performed Verdi's Requiem in Düsseldorf, Lübeck and Münster, travelled to Sochi to sing gala concerts and gave his debut at Cologne's Philharmonic Hall with an operetta gala for Jacques Offenbach's 200th birthday (WDR broadcast transmission).

From 2015 to 2018 the young tenor was a member of the ensemble of the Mecklenburg State Theatre Schwerin, where he sang Cassio (Otello), the 1st Stranger (The Cousin from Nowhere), Bob Boles (Peter Grimes), the handsome Mr. Hermann (Hindemith's "News of the Day"), Tony (West Side Story), as well as Freddy (My Fair Lady) and the four Servant roles in "Tales of Hoffmann", among other roles. In his first season there he was awarded the "Conrad Ekhof Prize of the Association of Friends of Mecklenburg State Theatre Schwerin", a prestigious award for young talent. During his time in Schwerin, he was also a guest for three seasons as the Witch (Hansel and Gretel) at the Dresden State Operetta and in the roles of Brighella (Ariadne auf Naxos), Cassio (Otello), 1st Chorus Member (Der ferne Klang) and Uldino (Attila) at the Lübeck Theater.

While still a student, he was hired in 2012 for two years as a member of the young ensemble at the Musiktheater im Revier Gelsenkirchen. In the summer of 2013, Mr Koziorowski was also the first-prize winner at the Kammeroper Schloss Rheinsberg; at the opera festival there he sang the four Servant roles in “Tales of Hoffmann. As a result, he performed several times and regularly at Theater Kiel until autumn 2015, including as Fatty (Rise and Fall of the City of Mahagonny), Merkur (Orpheus in the Underworld) and Hans Scholl (The White Rose). Other guest engagements during this time took him to theaters in Bremen, Dortmund, Chemnitz and Hagen.

Throughout his studies, he also cultivated a particularly close relationship to the Aalto-Musiktheater Essen. There Mr Koziorowski took the stage as a soloist in numerous children's operas, singing for instance Tamino in a "Children's Magic Flute", the Prince in "Sleeping Beauty" and the Witch in an adapted version of Humperdinck's "Hansel and Gretel". In addition, he played Ladas in "The Greek Passion" there and also worked in administration, as a theatre pedagogue and as head of the extras.

Mr Koziorowski also works as a concert singer. He has already sung the tenor solo in Beethoven’s 9th Symphony multiple times, most recently with the Bochumer Symphoniker under Steven Sloane. In addition, he has previously sung the Swan in Carmina Burana, Mozart’s Requiem, Haydn’s Creation, Verdi’s Requiem, Mendelssohn’s Hymn of Praise and Mahler’s Lied von der Erde. His concert activities have led him until now to the Konzerthaus Dortmund, the Philharmonie Essen, the Philharmonie Köln, the Berlin Cathedral, the Düsseldorf Tonhalle and the Elbphilharmonie. Future plans include "Das Lied von der Erde" in Munich and Carmina burana at the Gewandhaus Leipzig.