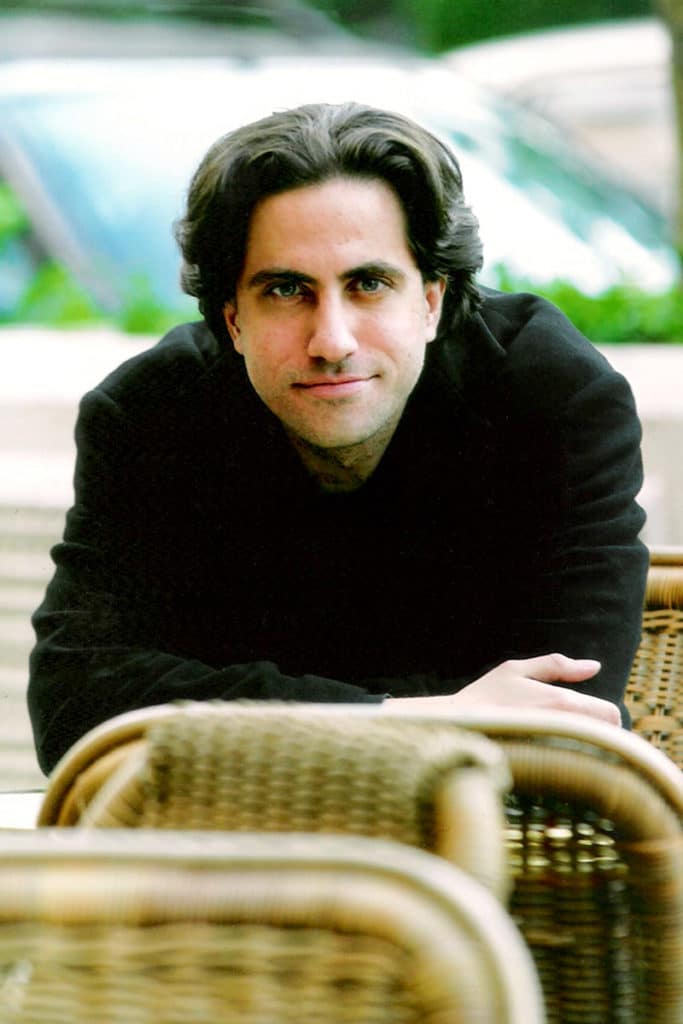 In 2019 he returned to the Midsummer Festival "Mozartiade" in Brussels, this time for his role debut as Osmin in "The Abduction from the Seraglio". The 2018-19 season also includes his role debut as Mephistopheles in the rarely performed opera "Faust" by Louis Spohr in Koblenz, conducted by Daniel Spogis. Plans for 2020-21 include concert performances of "La Traviata" and the role of the Ghost of the late King Hamlet in the opera "Hamlet" by Ambroise Thomas at the Opéra Royal de Wallonie-Liège.

In 1999 he was prize-winner of the "prix de la vocation" of the Verviers singing competition, in 2001 he was awarded the "Voix d'or" of the Voix d'Or competition and in 2004 the 3rd prize at the renowned Concours Musical Reine Elisabeth.

Shadi Torbey was to experience in opera productions as Nick Shadow (The Rake's Progress) in Brussels, as Leporello (Don Giovanni) in Rouen, as Tambour Major (Le Caïd) in Metz and as Lord Rochefort (Anna Bolena) in Lyon, Paris and Dortmund. He sang the role of Ministre Boréen and was the cover for Laurent Naouri in the role of Borée in Rameau's "Les Boréades" with the Ensemble Les Arts Florissants under William Christie at the Opéra de Paris as well as in London and New York. He sang the role of Caronte in Monteverdi's "Orfeo" under Philip Picket at the Opéra de Lyon and the title role in Mattheson's "Boris Goudenov" with the Ensemble Early Music Russia under Andrej Reshetin in Saint Petersburg, Moscow and Hamburg. Furthermore, from 2008 to 2010 he appeared as Lord Sidney in Rossini's "Il Viaggio à Reims" in a CFPL co-production for talented young singers at the Opéra National de Montpellier, Théâtre Du Capitole de Toulouse, Grand Théâtre de Reims, Opéra National Lorraine Nancy, Opéra de Marseille, Opéra National de Bordeaux and others under the patronage of Alberto Zedda. In the 2010-11 season Shadi Torbey appeared as the Speaker in Mozart's "Magic Flute" in a co-production of the Teatro Sociale di Como and the Teatro Fraschini di Pavia. In addition, he sang the role of Carrasco in Mendelssohn's "Die Hochzeit des Camacho" with the Royal Liverpool Orchestra (CD production, could be heard as Alidor in concert performances of the opera "Don Sanche" by F. Liszt in London and at the Concertgebouw Amsterdam with the European Union Youth Orchestra under Laurent Pillot and made his role debut as Isménor in Rameau's opera "Dardanus" (first performance in historical new edition) with the European Opera Center and the Royal Liverpool Philharmonic Orchestra.

Opera productions in 2011 and 2012-13 included his role debut as Figaro in "Le nozze di Figaro" at the Aachen Theater under the musical direction of Marcus Bosch as well as the roles Cold Genius, Aeolus and Pan in Purcell's "King Arthur" also in Aachen. In 2013-14 Shadi Torbey sang both the role of Colline (La bohème) and the bass arias in scenic performances of Bach's "St. John Passion" at the Osnabrück Theater. In 2014-15 he returned to Osnabrück for the title roles in the new productions of "Le nozze di Figaro" and "Germanicus" by Telemann. In 2016 he sang Leporello in Mozart's "Don Giovanni" in Brussels, and appeared in 2017 at the Wiesbaden May Festival as Amanzio and at the Handel Festival in Halle as Polidarte in Handel's "Il Giustino" (CD recording) with the Lautten Compagney Berlin under Wolfgang Katschner. As part of the Midsummer Festival "Mozartiade" 2018 in Brussels, he made his role debut as Don Alfonso in "Cosi fan tutte" under the baton of David Miller, staged by Eric Gobin. In 2019 he returned to the Midsummer Festival "Mozartiade" in Brussels, this time for his role debut as Osmin in "The Abduction from the Seraglio". The 2018-19 season also includes his role debut as Mephistopheles in the rarely performed opera "Faust" by Louis Spohr in Koblenz, conducted by Daniel Spogis. Plans for 2020-21 include concert performances of "La Traviata" and the role of the Ghost of the late King Hamlet in the opera "Hamlet" by Ambroise Thomas at the Opéra Royal de Wallonie-Liège.

In the concert field he sang the bass solos in works such as "St. John Passion", "The Creation", "Stabat Mater"(Haydn), Requiem (Mozart),"The Messiah", "Judas Maccabaeus", "Petite Messe Solennelle" and "Das Paradise and the Peri". He was Abner in Handel's "Athalia" under Paul McCreesh at the Acadèmie d'Ambronnay and in concerts in Toulouse, Saint-Etienne and Tours. He could be heard as Abramo in Alessandro Scarlatti's "Cantata per la Notte di Natale" with El Ayre Español under Eduardo Lopez Banzo in Zaragoza and as bass soloist in Handel's "Messiah" under Roy Goodman with the pro musica Graz choir. Other concert engagements have included "Elijah" with the Brussels Philharmonic Orchestra at the Bozar Hall and the world premiere of the multi-media creation "Theseus" by Chris Christoffels. Shadi Torbey also sang both the bass solos in Gounod's "St. Cecilia Mass" at the Herrenchiemsee Festival and in the Verdi Requiem at the European Festival in Passau under Enoch zu Guttenberg. In December 2011 he also had the honor of performing as bass soloist in the Christmas Concert for the Belgian royal family under the baton of Philippe Herreweghe at the Palais Royal in Brussels. Further concert engagements include J.S. Bach's "St. John Passion" in St. Martin in the Fields in London, the Fauré-Requiem with the Orchester Philharmonique Royal de Liège under Christian Arming at the "À la française" festival in Brussels, the rarely performed Requiem by Giovanni Bottesini at the Center of Fine Arts in Brussels and the also rarely performed "Messe des morts" by François-Joseph Gossec under of Frank Braley. In December 2015 Shadi Torbey was invited again to the Palais Royal, this time for Handel's "Messiah" under the musical direction of Bart van Rein. In 2017 he performed with the Belgian ensemble "Camerata Vocale" and its conductor Phillipe de Clerck in Verdi's Requiem. Shadi Torbay also performed "Stabat Mater" by Antonin Dvořák with this ensemble.

He has given numerous recitals with pianists such as Abdel Rahman El Bacha, Fritz Schwinghammer and Eugene Asti. For the Lable Cypres he recorded a CD with Mélodies Françaises from Séverac, Meyerbeer and Saint-Saëns.