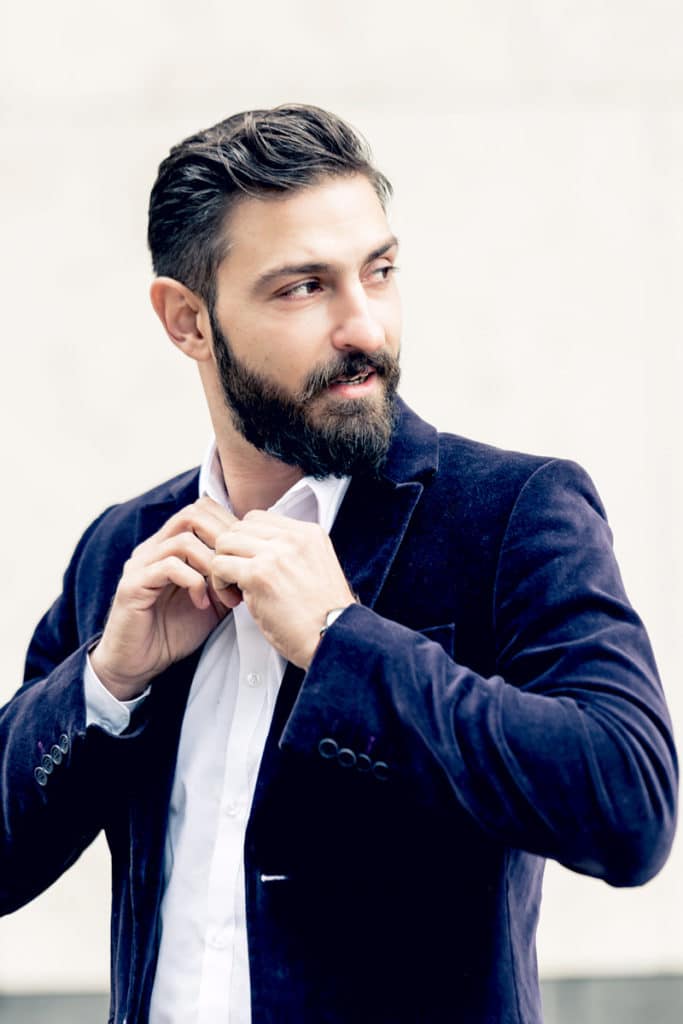 A particular focus for Ziad Nehme is the contemporary repertoire. At the Nationaltheater Mannheim he sang the role of Natale in the world premiere of the opera "Esame di Mezzanotte" by Lucia Ronchetti. From 2016 to 2018 he appeared in the leading role of Rogelio in the world premiere of Martin Matalon's opera "L´Ombre de Venceslao" in the CFPL coproduction of the Théâtre Du Capitole de Toulouse, the Grand Théâtre de Reims, the Opéra de Marseille, the Opéra National de Bordeaux, the Opéra Grand Avignon, the Opéra de Toulon and others.

Ziad Nehme was born (1984) in Tripoli, Lebanon. On leaving school he attended the Lebanese National Conservatory of Music in Beirut studying piano and voice with Arthur Satyan and Kévork Karamétélian. He subsequently completed his Masters in Opera at the Mozarteum in Salzburg where he had studied with Josef Wallnig and Boris Bakow.

On completion of his studies, Ziad Nehme became a member of the International Opera Studio of the Hamburg State Opera. Subsequently he received permanent engagements at the Stadttheater Bremerhaven, the Staatstheater Oldenburg and from 2014 to 2016 at the Nationaltheater Mannheim. There were also guest engagements at the Berlin State Opera, Hamburg State Opera, the Kiel Theater and the state theaters of Kassel, Darmstadt and Mainz. Further engagements led him to the Göteborg Konserthuset, Teatro Real Madrid, Shanghai Grand Theater, Festspielhaus Baden-Baden, the Philharmonie de Paris and the Berlin Philharmonie.

Recent engagements include: in 2018-19 the role of Sellem (The Rake's Progress) under Barbara Hannigan in Gothenburg with a resumption in Munich as well as the roles of the First Witch and the Sailor (Dido and Aeneas) with the Sasha Waltz Company at the Teatro Real Madrid. In addition, Ziad appeared at the Hamburg State Opera as Jaquino (Fidelio), Oronte (Alcina), Remendado (Carmen), Achille (Belle Hélène) and Trin (Fanciulla del West), and sang the role of Monostatos (The Magic Flute) at the Berlin State Opera. In 2019-20 he made guest appearances at the Berlin State Opera as 1st Jew (Salome) as well as First Witch / Sailor (Dido and Aeneas) and at the Darmstadt State Theater as Prince Sternschnuppe in the operetta "Frau Luna". Guest engagements with the Sasha Waltz Company (Dido and Aeneas) at the Ludwigsburg Festival and at the Shanghai Grand Theater had to be cancelled due to the Covid-19 lockdown. Plans for the 2020-21 season include "Salome" at the Festspielhaus Baden-Baden, Achille at the Hamburg State Opera, 1st Jew and Remandado at the Berlin State Opera and tenor soloist in "Pulcinella" at the Philharmonie de Paris.

All information are subject to change
Since no binding planning is currently possible, we will not publish any dates for January 2021.